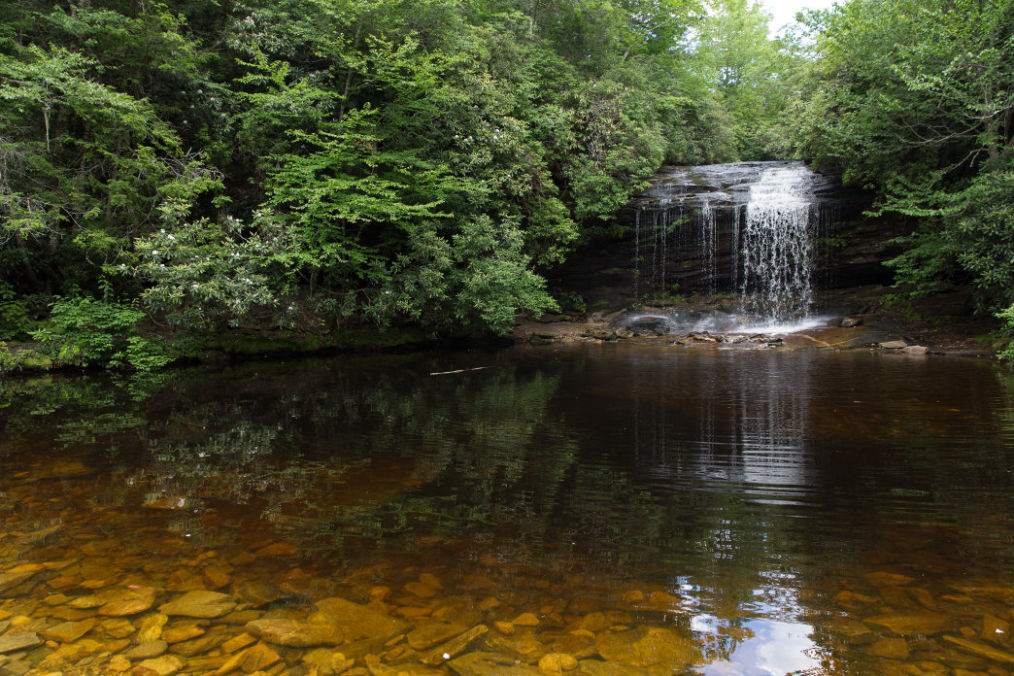 The valley contains a network of hiking trails that travel to a variety of popular destinations within this 6700 acre tract of high-elevation Forest Service land.

At least 8 major waterfalls and countless smaller ones lie along the area's streams. You'll also find hikes that take you to cliff-top views of the surrounding mountains, or to sandy beaches on deep, clear swimming holes. Bring a picnic to your favorite hangout spot on one of these beaches, or perhaps to a cliff-top view where you can supplement it with a handful of wild blueberries. (1)

‘Painter-town’ as the old Appalachian people called it, has been owned by several groups over the years. In the early 1900’s loggers harvested virgin timber and the wormy chestnut tree which had succumbed to a blight.

Liberty Life Insurance Company acquired the land in the 1960’s intent on creating a lake and resort area in the valley. Fortunately, that never happened.

Duke Power purchased the property in the early 1980's in order to facilitate the installation of high-power electrical transmission lines thru the valley. The lines carry power from their nuclear power plant on Lake Keowee over to the Tennessee Valley.

After the power lines were completed, the U.S. Forest Service acquired the land in 1989 and placed it under the jurisdiction of the Nantahala Ranger District.

"Panthertown Valley, referred to as the Yosemite of the East, lies on the eastern continental divide in North Carolina's Blue RIdge Mountains. With more than 25 miles of designated trails in this 6,300 acre backcountry area visitors can enjoy deep gorges and broad valleys, mountain bogs and granitic rock domes, tranquil creeks and plunging waterfalls while hiking, biking or horseback riding. Camping is permitted in Panthertown, but groups are limited to no more than 12 people per site. No commercial equestrian or mountain bike outfitter/guides are permitted." (United States Department of Agriculture - Forest Service)

This is a great hike, 3.2 miles of the waterfalls we describe below!  This is filmed with 360 degree technology allow you to move move the video all around!

Panthertown Valley -  Use caution and check the weather if you are hiking or camping during the winter! Snow can fall quickly and very heavy in this high mountain wilderness!

There are no designated camp grounds in Panthertown Valley. However, it is easy to find great wilderness camping all through the valley near streams and waterfalls. This is a black bear habitat so use all precautions on storage of your food.

Panthertown Valley:  The west trail loop as seen in the video above is a great hike to see 3 favorite waterfalls!

There are 8 waterfalls considered large and countless smaller ones all over the valley.Parking at the western most access area, Salt Gap trail head parking at the end of Breedlove Road, you have hiking access to 3 of Panthertown’s most popular waterfalls. Wildnerness Falls, Frolictown Falls and Granny Burrell Falls may all be reached with a 2 – 2.5-hour hike. If the trail map is marked Hiking Only, this indicates the terrain will be moderate to aggressive.

Panthertown  NC Vacation Rentals
These are just 2 samples: find your Panthertown, NC
Need Help: [Vacation Rental Request Form] .. just let us know you want a rental near Panthertown!
Both rentals below are about 2 miles from the Pantertown Parking and trail head. 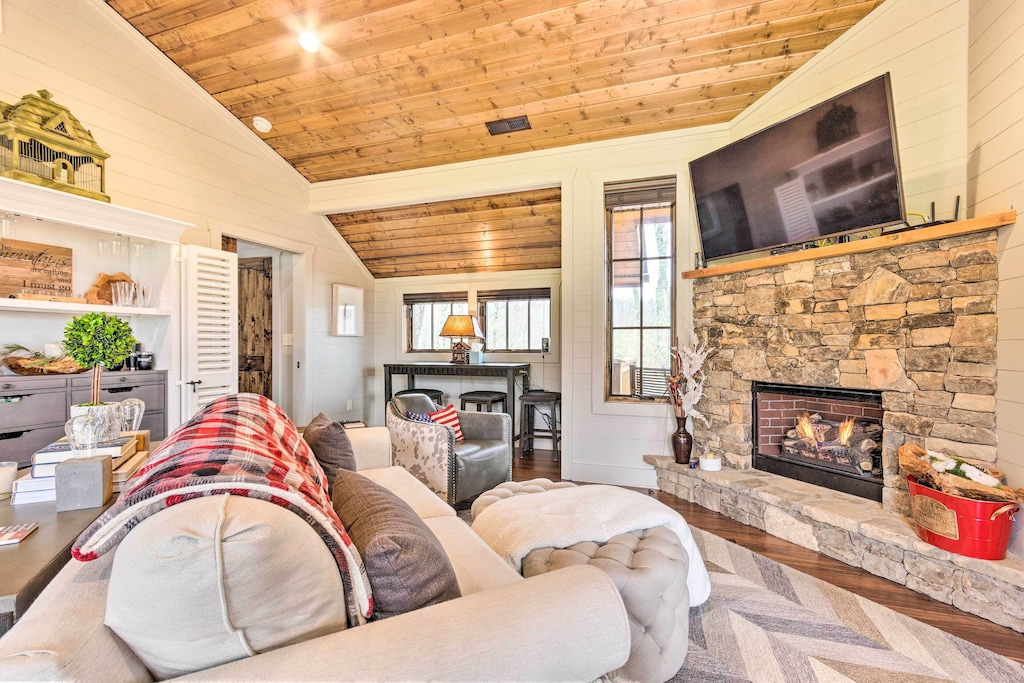 Chinquapin Natures Walk Newly-Built Forest Retreat
Leave your worries behind and head to the Blue Ridge Mountains for a stay at ‘Chinquapin Natures Walk!’ This 2-bed, 2-bath Glenville vacation rental cabin is in the gated Chinquapin community, offering access to many resort-style amenities, like a driving range, clubhouse, hiking trails, and more.
[BOOK HERE]

Laurel’s Cozy Cottage
Enjoy your home away from home with all of the amenities. Kick back and enjoy our indoor fireplace, or take in the mountain view on the screened in porch with our fire table. All new appliances and furniture. Save money by cooking your own meals, or pack less using our washer and dryer.
[BOOK HERE]

Here is the official USFS Map after the trail designations are complete, with some changes to the trail proposals from the map above. You can see by comparing these maps that several changes were made, and several trails didn't make it onto the system.